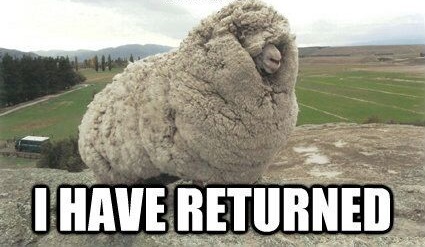 I couldn’t afford the next yearly payment for the andychapwriter.com domain name so I haven’t had access to my own site for a while. Finally things have reverted to andychapwriter.wordpress.com and I’m back in. In the new year I will pay for the domain again but for now we are slumming it.

So what’s been happening, I hear you ask? But of course you’re not asking that because you’ve probably never been here before. I’m going to tell you anyway. Much has changed. I won’t tell you about the awesome life changes that have happened. The woman who has changed everything. A move into the home of my dreams (if you are imagining a mansion you are on the wrong path. If you are imaging bookshelves stuffed with books, a globe bar, brown leather seats, a writing desk, then you are on the right track).

This is a website about my writing, so let’s talk about that instead. This woman I mentioned earlier, she’s the catalyst. She’s a writer too. We sit there, both of us, at night, she has a coffee, I have a glass of wine, and we write. Side by side. When we are done with our evening’s writing we read it to each other. And then we high-five and dance around laughing and shouting things like, “We are so fucking great!” and “This is going to change literature forever!” and then we cry because we are afraid that we might be just a bit too great. Genius s a burden, dear reader.

There has been a big change in my writing. My first two books were 40,000 word novellas. They were comedies. That’s what came out naturally. The books were well received and praised for their effortless humour (I’m in a bragging mood), and so I did what any good author would do when he’s on to something, I completely turned my back on it and started writing horror.

It’s my first attempt at writing a full length novel and it is flying out of me. I’ve never had so much fun writing. Those previous two books took well over a year to complete, in fact it was closer to two years. I started my current novel in September and am already at 35,000 words. And, if I can credit myself with some objectivity, they’re pretty good words too. The characters are strong, the story is good, the fear is working. I discovered that making someone laugh, and making someone afraid, are very closely related.

I haven’t just opened a word file and thought, what can I write that will really scare someone? I had an idea. It was to do with an old game’s console. I won’t go into what the story is about, not yet, but it is set in 2002 and is connected to events that happened in 1992. It has given me a chance to play with my own nostalgia in the writing. The characters took over the book completely. I barely have to write them, they are real and alive.

I know how the book ends but I don’t know exactly what’s happening from here to there. I’m halfway through. The story seems to know where it’s going. The characters seem to know for sure. It’s not like making something up. It’s more like excavating a story that’s already there. It’s like an archaeological dig. It is revealing itself one careful brush stroke at a time.

This post is getting a bit long. I will write more, the more I write. I’ll tell you about my partner and her book. I will reveal more about my own. Until then, farewell!

I'm rarely up past midnight these days but last night I was. I was waiting for a video to upload to YouTube so I could switch off the computer.
I think the tags in the second picture speak for themselves...
@rickremender apparently my cat is a secret scumbag. My partner caught him digging a bit of Ernie while I was at work and sent me the snap.
Calcifer is keeping an eye on my work.
"CHEESY ON THE EYES" is not an enticing marketing phrase. My eyes will remain decidedly un-cheesy. I don't want it to be cheesy on my eyes! My pupils will remain cheesless!
I am currently ranked the 7th fastest speed runner in the world on the Ice Dungeon level of Super Dangerous Dungeons!!