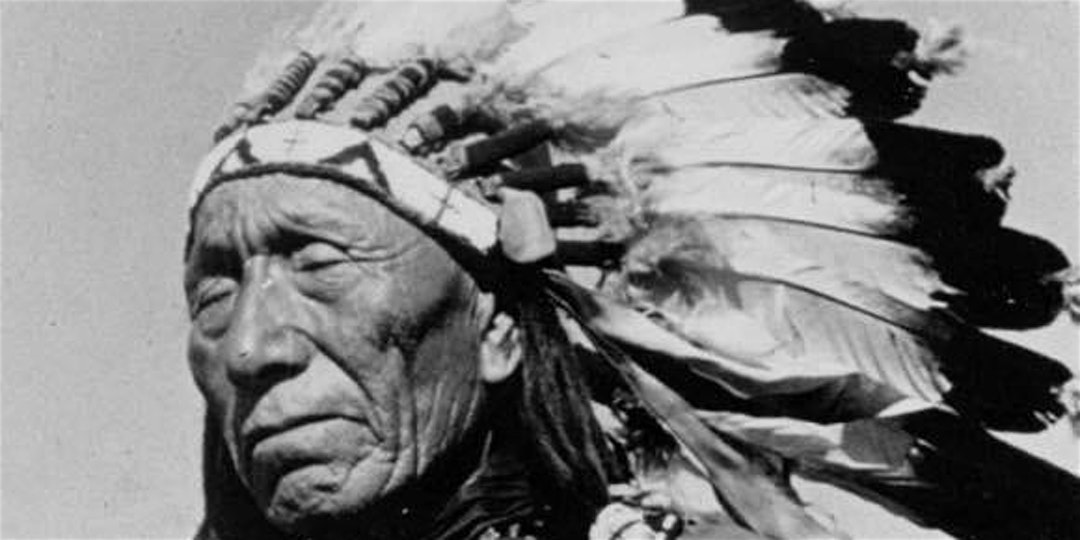 It always surprises me how recent events in American history are. In my imagination, fighting between Native Americans and the settlers ended hundreds of years ago.

Black Elk witnessed the Battle of Little Bighorn. He toured with Buffalo Bill’s Wild West Show. He was around when 200 Sioux were massacred at Wounded Knee, putting an end to Native American military resistance in the West.

In 1930 he told his story to writer, John Neihardt. Black Elk Speaks was published in 1932.

When Black Elk was a twelve year-old boy he and a small band of Sioux set off to meet Crazy Horse and Sitting Bull on the Rosebud River. This is his account of a run-in with some white men.

“We were a small band, and we started in the night and traveled fast. Before we got to War Bonnet Creek, some Shyelas (Cheyenne) joined us, because their hearts were bad like ours and they were going to the same place. Later I learned that many small bands were doing the same thing and coming together from everywhere.

Just after we camped on the War Bonnet, our scouts saw a wagon train of the Wasichus ( white men ) coming up the old road that caused the trouble before. They had oxen hitched to their wagons and they were part of the river of Wasichus that was running into the Black Hills. They shot at our scouts, and we decided we would attack them. When the war party was getting ready, I made up my mind that, small as I was, I might as well die there, and if I did, maybe I’d be known. I told Jumping Horse, a boy about my age, that I was going along to die, and he said he would too. So we went, and so did Crab and some other boys.

When the Wasichus saw us coming, they put their wagons in a circle and got inside with their oxen. We rode around and around them in a wide circle that kept getting narrower. That is the best way to fight, because it is hard to hit ponies running fast in a circle. And sometimes there would be two circles, one inside the other, going fast in opposite directions, which made us still harder to hit. The cavalry of the Wasichus did not know how to fight. They kept together, and when they came on, you could hardly miss them. We kept apart in the circle. While we were riding around the wagons, we were hanging low on the outside of the ponies and shooting under their necks. This was not easy to do, even when your legs were long, and mine were not yet very long. But I stuck tight and shot with the six-shooter my aunt gave me. Before we started the attack I was afraid, but Big Man told us we were brave boys, and I soon got over being frightened. The Wasichus shot fast at us from behind the wagons, and I could hear bullets whizzing, but they did not hit any of us.

I do not know whether we killed any Wasichus or not. We rode around several times, and once we got close, but there were not many of us and we could not get at the Wasichus behind their wagons; so we went away. This was my first fight. When we were going back to camp, some Shyela warriors told us we were very brave boys, and that we were going to have plenty of fighting.”

@rickremender apparently my cat is a secret scumbag. My partner caught him digging a bit of Ernie while I was at work and sent me the snap.
Calcifer is keeping an eye on my work.
"CHEESY ON THE EYES" is not an enticing marketing phrase. My eyes will remain decidedly un-cheesy. I don't want it to be cheesy on my eyes! My pupils will remain cheesless!
I am currently ranked the 7th fastest speed runner in the world on the Ice Dungeon level of Super Dangerous Dungeons!!
I got a double yolker!
Scott Snyder's Comic Writing 101 on Substack is the inspiration I needed.