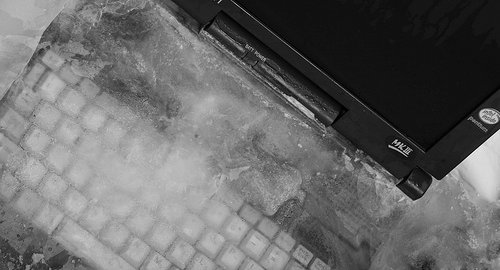 I stood in front of the freezer for a while earlier, which gave some relief, but I had to stop because my laptop was beginning to freeze. I’ve started writing a children’s book called The Wonderbottom Family Animal Rescue Centre for Exotic and Unusual Pets (Book 1 – The Small Door) just because I was bored of reading kids stories with some kind of moral message at the centre of it. I want to write a book that is absurd and wonderful with the intention to make you laugh and nothing more. It is not deep and has no hidden lesson or moral backbone. But it’s hot damn it! (Not the book, the atmosphere). My eyebrows are failing me in their evolutionary role to protect my eyes from my forehead sweat! It is not the best condition to be writing humour!

So instead of marching forth with the odd tale about a curious boy and his pet platypus I have decided to order a kebab and have a glass of whisky and ice instead. I’m not suggesting the kebab will cool me down but if I’m going to be a sweaty mess anyway I might as well make the most of it. Soon I will be squelching on my leather couch with a spicy kebab, a glass of whisky and something exciting to watch on the telly.

God forbid I have unexpected visitors. Their dreams will be hellish for months to come.

Father's Day present from Kass! Beer and crisps! Hell yeah!
@rachypetalface sat in the sun for two hours editing her book on Monday. Now it's Friday and she's still veeeery red! She's only slept 2 hours since Monday because it hurts too much (thank you fibro). Beware the fireball in the sky. It means us harm.
Me and Rachel just watched Marvel's Loki, on Disney+. Really enjoyed it. It felt like a nod to so many other things, but in an good way. The beginning felt like a homage to Douglas Adams. Loki was Arthur Dent entering into the Vogon beurocratic dominion.
#BookCoverReveal
Pre-order now - mybook.to/JacksGame (Link in bio)
"For authentic BBQ taste: Place burgers on the barbecue."